June marks the start of rainy season, and each year the Bureau of Sewerage carries out the following public relations activities as part of its efforts to promote understanding of the role of sewers in creating a safe community. 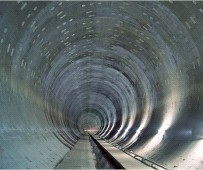 The Inside of the Wada Yayoi Trunk Sewer 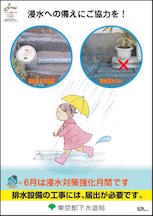 This Plant now receives a stable supply of wood chips made from leftover cedar wood and branches from cedar trees that have been pruned to reduce allergy-causing pollen. These chips are used as a supplemental fuel to sewage sludge.
Coincineration not only reduces the greenhouse gases but also makes effective use of materials from pollen countermeasures that would otherwise go unused, and also contributes to forest maintenance in Tokyo's Tama District, where the chip materials originate. 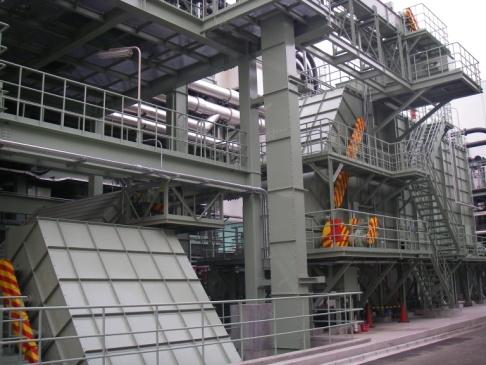 The new No.1 incinerator 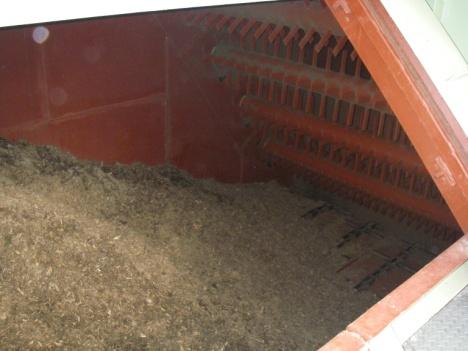 The United Nations Climate Change Conference（COP15）will be held in Copenhagen, Denmark in December 2009 as part of the growing global fight against global warming. Tokyo Metropolitan Government（TMG）is promoting "10-Year Project for a Carbon-Minus Tokyo" targeting a 25% reduction in CO2 emissions by 2020 against a base of year 2000 emissions. As the largest generator of CO2 emissions resulted from the administrative activity of TMG, the Bureau of Sewerage is formulating and implementing its own program, Earth Plan, to deal with global warming. Our efforts include a joint research project on a new solar photovoltaics system to lower greenhouse gas emissions due to reduction of the electric power generated from fossil fuels at the Water Reclamation Centers. 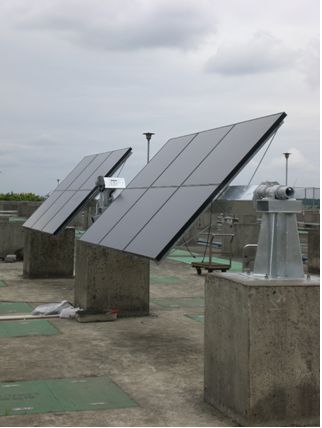 Thin-film solar modules use only 1/100th of the silicon needed for traditional solar cells, which contributes to lower costs. Moreover, the use of a uniaxial tracking device will translate to greater energy output since the panels can be oriented to take optimal advantage of the sun's rays.

The target items for joint research were as follows.

All of these targets were met during the research period, and it can be concluded from this small-scale experiment that solar power generation can be one of the new technologies introduced to sewerage systems.

During fiscal 2009, we will install and test an expanded 500kW solar photovoltaics system at Water Reclamation Centers, researching any issues with the high voltages that couldn't be verified with the smaller system. Water Reclamation Centers in the metropolis also employ other types of common power generation systems such as NaS batteries, microhydroelectric power and biomass power that supplement grid power purchases, so it will also be necessary to verify interactions and control systems among these different power generation systems. Additionally, the effects of strong winds, salt damage and other environmental factors must be inspected so that we can choose suitable pedestal materials.

Technological innovations will result in solar photovoltaics systems with improved performance and reduced costs. The bureau is moving toward implementing solar photovoltaics at Water Reclamation Centers as one of its main sources of power, so it will be necessary to examine trends in the relevant technologies and carefully investigate how solar photovoltaics can be put to practical use.

You need Adobe Acrobat Reader to view PDF files.
You can download it for free from the Adobe Systems website, so please use make use of it.