History of Sewerage in Tokyo

Beginning in the 1880s, Tokyo sewerage systems have been in operation for more than 130 years, and percentage of population served by sewerage service in the Ward Area had reached 100% by the end of FY1994. The water quality of Tokyo's rivers and oceans, which had deteriorated due to urbanization during the period of rapid economic growth, has been vastly improved through the spread of the sewerage systems, and the areas are now being transformed into waterfront spaces that are loved by the residents of Tokyo.

However, issues that need to be resolved due to major changes of the times have become apparent in the current sewerage business, such as the aging of sewerage facilities that were built in the early stages.

We introduce the history of the development of sewerage in the Ward Area divided into three phases, along with historical background on this page. 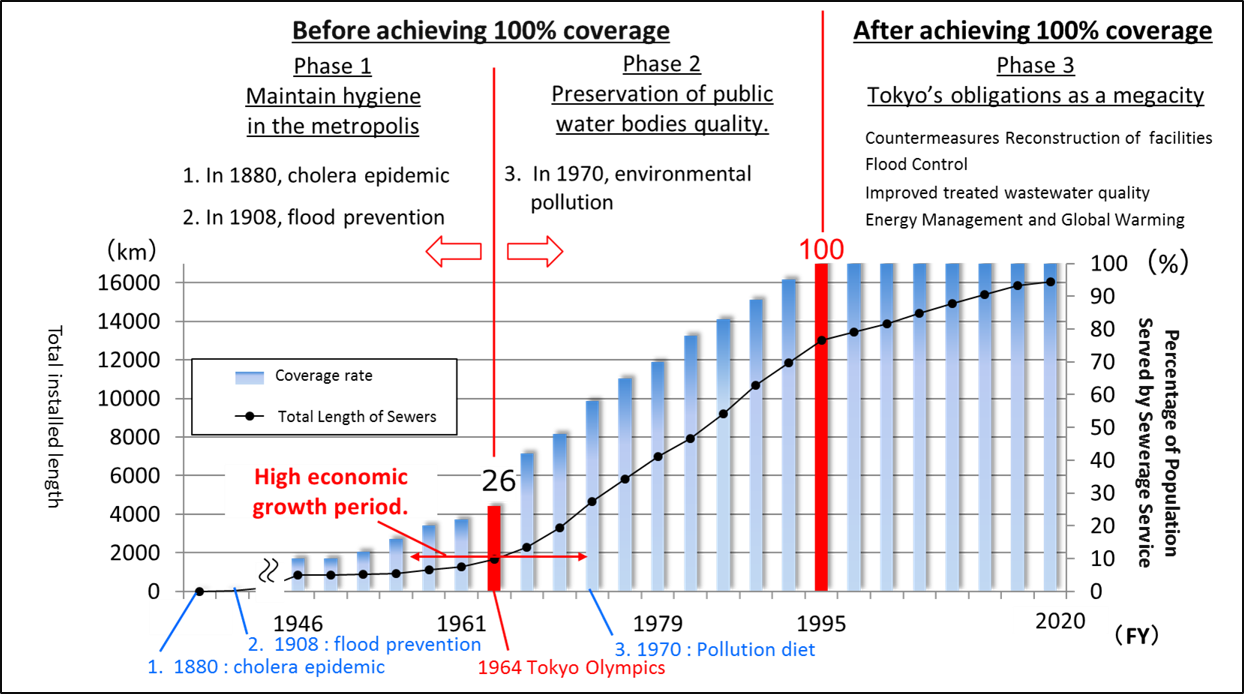 In those days, people suffered from cholera and flood damage. In response, sewerage systems were introduced for the purpose of maintaining cleanliness in the city and preventing floods.

The outbreak of infectious diseases such as cholera and dysentery was seen frequently around 1880.

Start of construction on the Kanda Sewer (1884)

Intended as an epidemic protection measures 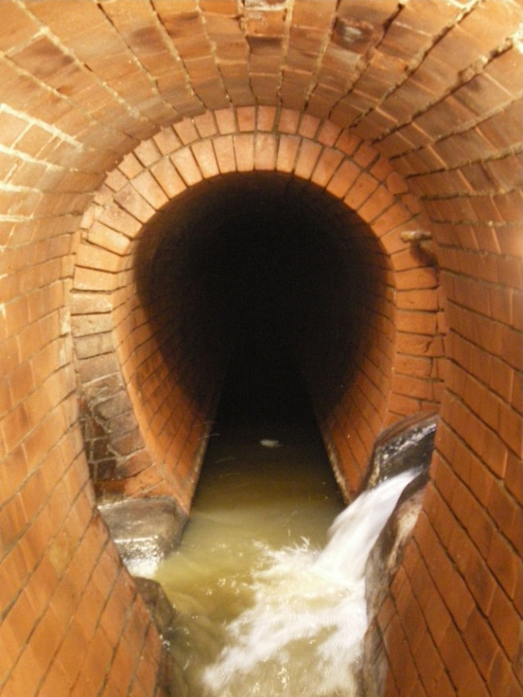 The Kanda sewer was built between 1884 and 1885, and is a designated historical site by the Tokyo Metropolitan Government, and part of it continues to function as a sewage facility even now.

Creation of the Sewerage Plan

Since Tokyo was founded on an extensive low wetland, flood damage tended to occur. Therefore, it was necessary to urgently take measures for eliminating stormwater.

Creation of the Tokyo Sewerage Plan (1908), creating the foundations for Tokyo sewerage systems

The Former Mikawashima Sewage Disposal Plant was the first remains in the sewerage field to be designated as a National Important Cultural Property (Building) in 2007. The series of buildings of old days remain, and become an important cultural property for understanding the structure of the modern wastewater treatment plant pumping station facility.

The year 2022 marks the 100th anniversary since the Mikawashima Sewage Disposal Plant was first operated. 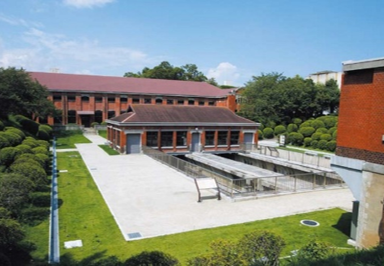 During this phase, Japan entered a period of high economic growth and experienced the population growth and industrial concentration because of which issues such as environmental pollution arose. On the other hand, as it was decided to host the Tokyo Olympic Games, the necessity of developing social infrastructure increased. Sewerage systems were installed with the aim of ensuring the water quality in public water bodies.

From about 1950, continued population growth and increased industrial activity rapidly resulted in water pollution of Tokyo rivers and Tokyo Bay. The Sumida River was called the “River of Death”.

Defined a new role for sewerage: “To protect the water quality of public water bodies.”

Along with the revision of the Sewerage Law, the Tokyo Metropolitan Sewerage Ordinance has also been established.

Phase3 is the time after the sewerage pervasion reached substantially 100%. Although the roles of sewerage systems do not change, it is now required to take measures for local torrential rain that happens more frequently in these years, look into new issues such as the water quality improvement of the Tokyo Bay, seas and rivers, and find solutions to those issues.

An enormous amount of sewers installed after the period of high economic growth will reach statutory useful life in the near future.

We are systematically restructuring the sewerage systems to improve their functions together with countermeasures against aged infrastructure. 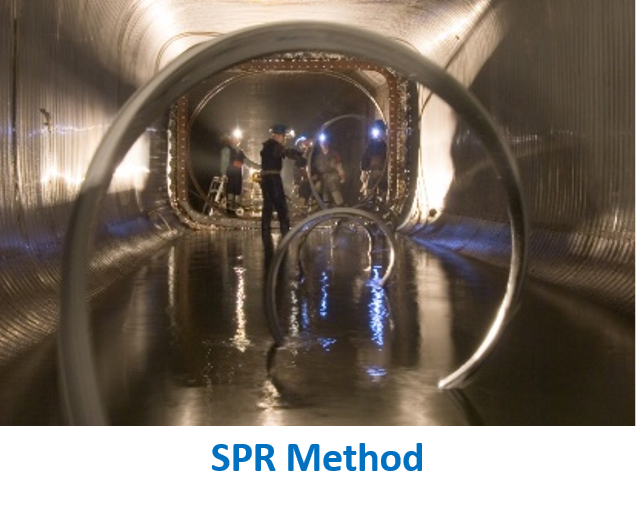 This method of reconstructing existing sewer pipes can be applied even inside sewer pipes that are still flowing with wastewater, and can be applied to ones of various cross-sectional shapes, including circular, horeseshoe and rectangular.

In recent years, heavy rain over 50mm per hour has occurred more frequently in Tokyo due to torrential rain and larger-scale typhoons.

We have steadily upgraded our facilities such as main sewers to control floods.

On the other hand, we have improved how to provide information on floods to ensure safety and security of citizens who live in Tokyo even if the amount of precipitation exceeds the plan.

To improve the reliability of stormwater elimination at pumping stations with depths of about 50m, we have developed a standby-operation pump without lubricating water supply that is compatible with higher lift and larger- diameter pipes.

In heavy rain, stormwater mixed with sewage is discharged into rivers and the sea from combined sewer overflow outlets and pumping stations along the rivers to protect built-up areas from flooding. 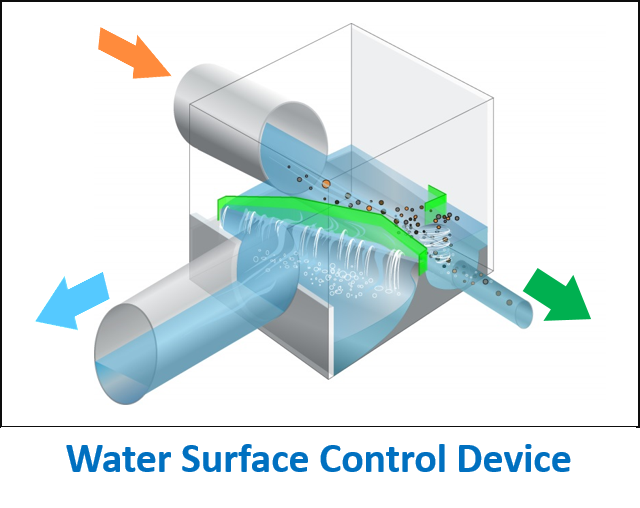 This device controls the discharge of debris from combined sewer overflow into public water bodies during wet weather. Easy to install, it requires no power, is less expensive than other systems, and can remove more than 70% of debris from wastewater.

Reduction in Energy Use and Greenhouse Gas Emissions

The sewerage business is the largest emitter of greenhouse gas, accounting for about 35% of greenhouse gas emissions generated due to administrative and business activities of the TMG. That’s why we have a great responsibility for preventing global warming.

We are committed to reducing energy use and greenhouse gas emissions and achieving an excellent water environment in Tokyo with less environmental burden.

We are working to reduce energy consumption and greenhouse gas emissions by installing energy-saving and energy-independent incineration systems. 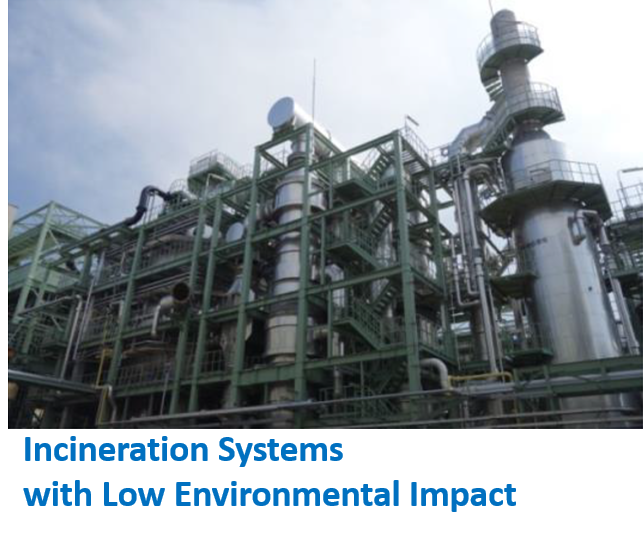