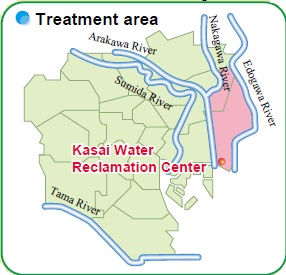 The final effluent from the water reclamation center complies completely with the water quality standards of the Tokyo Metropolitan Environmental Security Ordinance and is sufficiently clean for fishes to live in.

※ The higher values of BOD and COD indicate the higher levels of water contamination. BOD describes the amount of oxygen required by microorganisms to eat organic material in water, and COD describes the amount of oxygen required by oxidizer to decompose organic material in water. The quality levels of discharged water are specified in terms of BOD for rivers and COD for seas. Total nitrogen and total phosphorus are closely related to the generation of red tides.

The sewerage system is principally made up of 3 facilities.
Sewers, which collect and carry sewage.
Pumping stations, where sewage is pumped up so that the sewers do not get too deep.
Water reclamation centers, where sewage is treated to be clean water.
Inspections, cleaning, and repairs are done daily in order to make sure each of these facilities works properly.

The Role of Tokyo Sewerage

Wastewater discharged from homes and factories is treated to ensure a comfortable living environment.

Preventing Flooding through the Removal of Stormwater

The city is protected from flooding through the speedy drainage of stormwater which falls on land surface.

We treat sewage and release cleaned water, to carefully protect the water quality of rivers and the sea. We also recycle treated water and sludge, and utilize unused energy, as we work to build a recycling city. 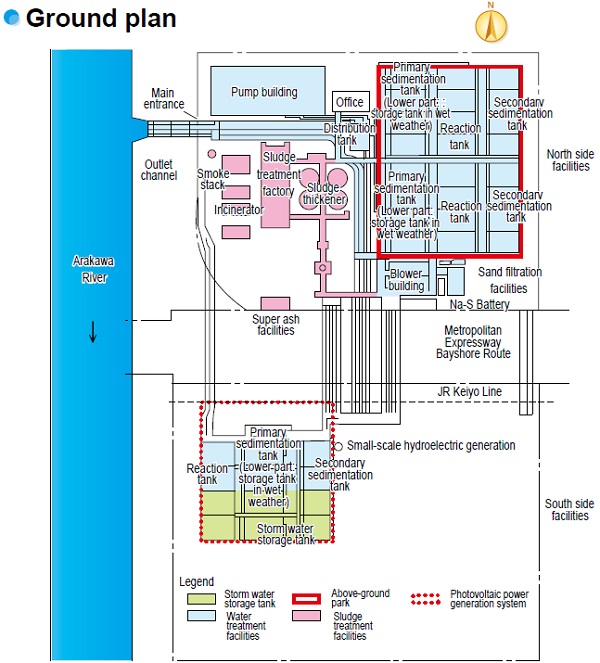 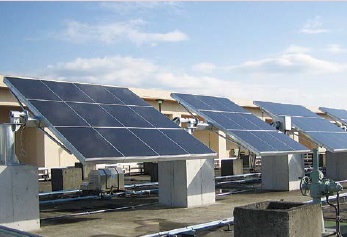 We reduce the electricity bill by using power in the daytime that was saved in the sodium-sulffur battery in the nighttime with low power rate.
Also we trckle with the power shortage caused by power demand control. 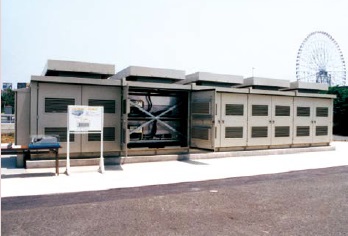 The outfall for the treated water is installed several meters higher than the sea level to protect it against high tides. Hydraulic power is generated by utilizing this effluent drop.
The output of the generator is 27kW, and the annual power generation is equivalent to the power consumed by over 20 ordinary households. As power is generated without emitting CO2, hydroelectric power genration mitigates global warming. 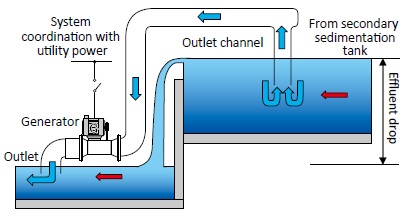 Seafront Ballpark on top of the Treatment Facilities

The Edogawa Ward seafront ballpark, which has been built on the space above the treatment facilities, is used by many people to play soccer, baseball, etc. The ballpark can be turned into an evacuation area in case of an earthquake disaster.
Application for use: Edogawa Ward Seafront Ballpark
Phone:03-3680-9251 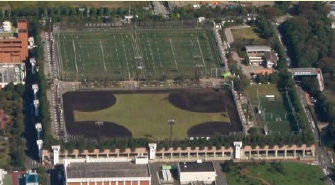 Treatment facilities are underneath the ballpark

We are promoting multi-purpose use of sewerage facilities: the square is used as a square for events and visiting kids. 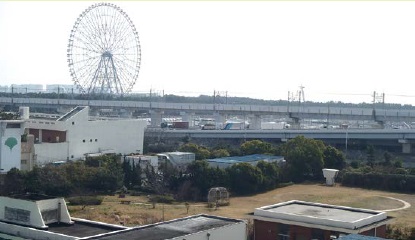 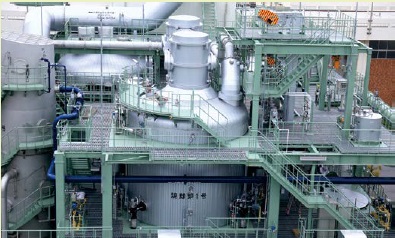 To commemorate the 20th anniversary of the Center, local elementary school students were asked to create designs for the smoke stack. The old smoke stack, which was painted red and white, was reborn in 2001 with a fresh blue gradation. 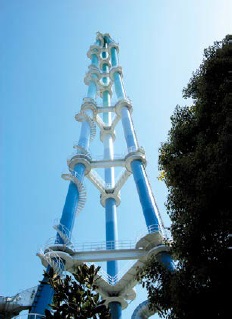 There is a facility to enjoy the experience of learning about the sewerage system, its roles, and the importance of water environment.

Tokyo Amesh is the system that shows rainfall in and around Tokyo in real time. The rainfall is measured by radars and ground rain gauges.

※ Tokyo Amesh is the registered trademark of the Tokyo Metropolitan Government. 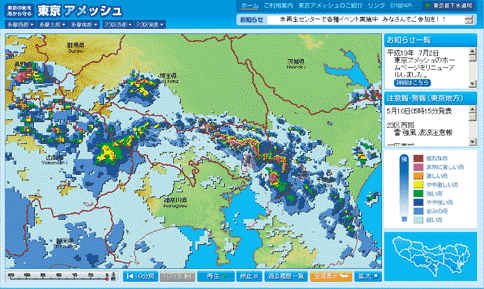 Animation and video are used to allow people to experience the sewerage system in a fun way that would not be normally possible.

Beware of croocked dealer who pretend to be related to the Bureau of Sewerage!

The Bureau of Sewerage does not rely on businesses to repair or clean drainage facilities in housing.

Facility tours of water reclamation centers are available except weekends, holidays, and the New Year's season.
Please contact us about reservations and details.